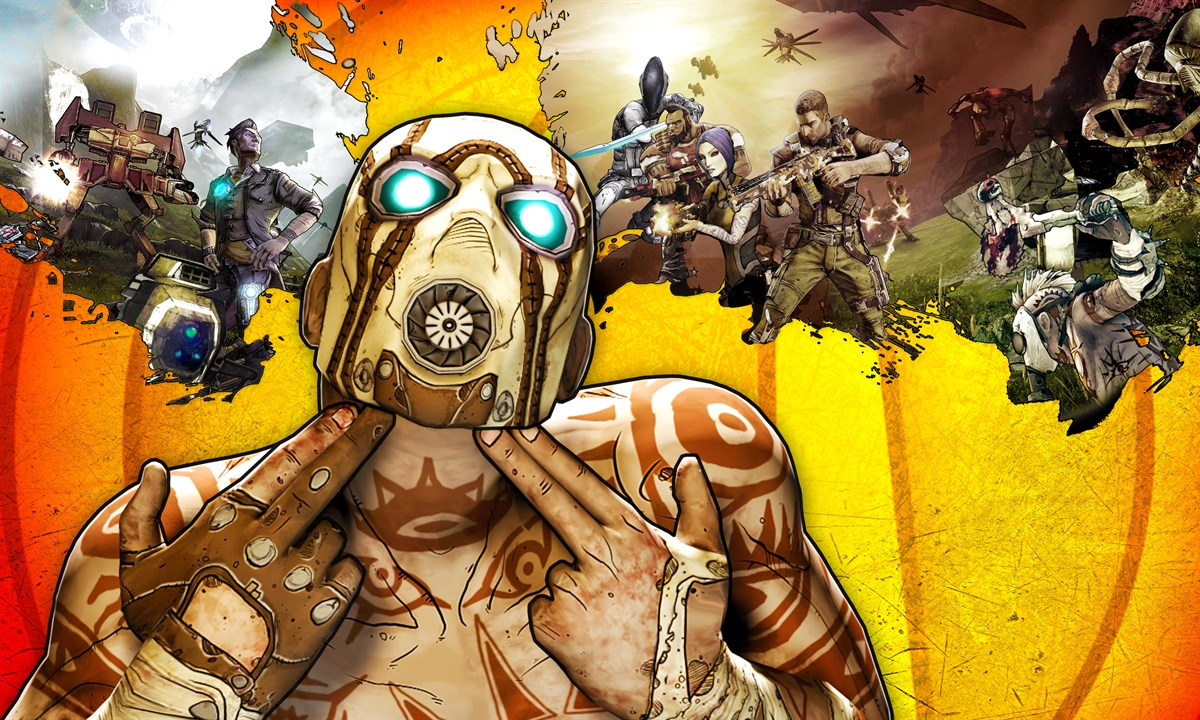 Most gamers know about Borderlands in one way or the other, whether in passing or because of a strong desire to become the best gun collector,. You may play it for the story, you may like the characters, or you simply want to kill everything in sight in as many different ways as possible — no matter your compulsion, each of the three Borderlands games will give you a blast!

Now, what can we say that hasn’t been said already? Will you have fun with these games? Yes, absolutely, in fact, fun turns into a rather misleading word when it comes to this franchise in particular. Will you have freedom in this game? To an extent. Many story-driven games do not have such an open concept when it comes to gameplay compared to what Borderlands puts on the board.

This franchise offers plenty of aspects that help to create the feeling of freedom – from 4 playable heroes to millions of usable weapons, to how you approach the fight – and even with these in mind, Borderlands games cannot be regarded as an open-world release; and it’s for the better. The compact stories that go from title to title give a sense of roundness, and this feature is often lacking in the more open-ended titles.

Let us start at the beginning: Borderlands was released in 2009, almost a decade ago. And it still holds up! With the engaging story, hordes of enemies and the continuous race towards the prize, Borderlands carved out a place for itself in the hearts of many fans. There are at least two amazing, title-defining features in this one. First one is the art-style, exceptionally unique to Borderlands games.

It might seem inconsequential at first gaze, but when most releases in the gaming industry try to polish their graphics, thus making them look as smooth as a movie scene. There’s something refreshing to see an echo of a comic-book style, accompanied by the whimsical details and outlines, all seemingly coming back to life right from your first glance. This original style became as much of a staple in Borderlands as the weapon system.

And even the first Borderlands game had a fair share of weapons! This brings us to the next defining element of the series: random weapon generator. The famed and beloved feature has become the main talking point when it comes to Borderlands games; there’s nothing more bonding than gathering your friends, grabbing a cup of coffee, and comparing which one of you was the most blessed by the RNG gods!

The More – the harder

The first Borderlands also offer a solution to the players who beat the game but still want more. To put it simply, the game raises the difficulty with each playthrough; so if you thought you will get to mow down the enemy and laugh at how pathetic they are, you will instead get to mow them down and laugh at how they are no challenge to you even when almighty. Borderlands games engine boosts them even further! And this rise in difficulty is applied to the whole system in general – your quests and DLC content also climb the ladder the more you play – endless fun!

The second addition to the series also keeps much of the same charm – only now you add a concrete villain in the mix. So, each time you shoot at some cannon fodder, you can imagine that smug face, till finally, you can put a bullet – or a dozen – in it too! The number of playable characters increased as compared to the first instalment of Borderlands games, so you can freely adjust the gameplay to your style. The greatly beloved sense of exploration returns, as some of the missions in Borderlands 2 now have multiple ways it may be resolved.

But the greatest change from the first is (once again) weapons system. While the randomness remains, there’s also the differentiation between the manufacturers of the guns. Depending on who made your weapon, its stats and features will be different. Thus, keeping a close eye on your loot and weighing your options is important here – or you can always just pick the biggest gun and see where that gets you!

Borderlands games also offer an extensive insight into the backstory of the villain from Borderlands 2, Jack. The game, wonderfully titled Pre-Sequel, follows him and his companions on their journey to become the tyrant… or gain vengeance of the evil Colonel, whichever comes first. The game employs many of the same systems as the second game in the series, but with a few minor additions. Basically, it’s a great continuous play when put together with Borderlands 2.

And this brings us to the latest instalment to the famed Borderlands games! Well, the following iteration is still in the works, but it still counts, probably even more. Borderlands 3 will feature 4 new playable characters, many of the previously known faces will return as NPCs (as is the tradition for the series by now), and the game boasts with the chance to travel outside of the enemy-infested Pandora as here, you’ll battle a horrendous cult and its leaders.

The combat system has been adjusted in accordance with the previous games’ success and many of the previous issues will now give players ‘longer’ fighting chance as NPCs can revive them and vice versa. Also, weapons will have an alternate fire mode, so imagine the possibilities with this one! The newest from Borderlands games, also adds new vehicles, new environments, new goodies and a lot more. It’s quite a paradise for the shoot-and-loot genre fans, truly. So, just ask yourself this: what more could you expect from a genre-defining shooter series? Nothing but excellence.